Back when fuel delivery was mostly handled through a carburetor, a fuel system service involved a spray can and was done as part of your annual tune up. The technician would spray carburetor cleaner through the choke and all the ports on the carburetor, to clean out all the gunk that had built up during the previous year.

Today most cars use electronic fuel injection systems. The gunk still builds up, but now it's down inside the fuel injectors and fuel rail. And those injectors are very precise devices, working on clearances measured in microns. It doesn't take a lot of dirt to cause a problem with fuel delivery. A fuel system service is a great way to clean out the deposits in the fuel system and get it working the way it's supposed to. That simple service can improve performance, increase gas mileage, and reduce emissions.

The technicians at your local Cottman center are equipped with the most effective fuel system service procedure available, and their exclusive service can get your fuel system cleaned up and working like new right away.

Of course, not every fuel system problem is caused by dirt or deposits. Sometimes the system can require a more complete diagnosis and repair. That's okay; the technicians at your nearby Cottman center can diagnose pretty much any fuel system in use today and get it operating like new. 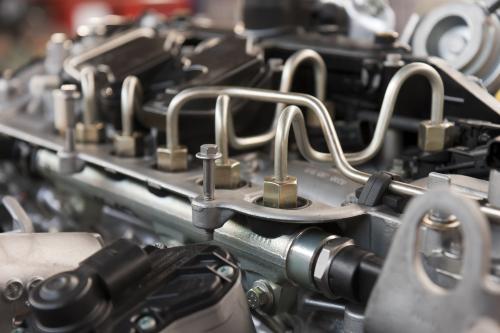 With Major Repair
Within 15 Miles

Ride there with Uber